Once again, the monthly new release episode of The Ledge features some great new tunes from a variety of genres – Americana (Wilco, Drive-By Truckers, John Doe), power pop (Nick Piunti, The Sweet Things), indie rock (Dehd, Savak), and punk (Malta Vista, Screeching Weasel), among others. There’s also great new releases from our friends at Rum Bar Records, Big Stir Records, and Spaghetty Town Records. What I’m most excited about, however, is the premiere of the new single featuring one of our Real Punk Radio DJ legends. Greg Lonesome, host of the Rock ‘n’ Roll Manifesto, has a new supergroup which also features Preacher Boy, Olsen Twin, and El Flyin’. Their two track single, which can be found here, is released tomorrow, and both smoking tracks can be heard on this week’s episode! I would love it if every listener bought at least one record I played on either of these shows. These great artists deserve to be compensated for their hard work, and every purchase surely helps not only pay their bills but fund their next set of wonderful songs. And if you buy these records directly from the artist or label, please let them know you heard these tunes on The Ledge! […] 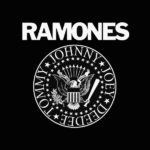 On one of my laptops I have a folder where I toss in any cover versions that I think could possibly include in a Ledge episode. Once that folder has a sufficient number of songs I know it’s time to do a covers show.
This is that time. The folder …

Due to Gorman Bechard’s appearance last week, this month’s new release episode was bumped back a week. But this delay turned out to be for the benefit of the show, as it allowed for me to include some brand new tracks by The Replacements. W…

Another month, another collection of great new music. Unlike previous editions, though, this month’s show features a ton of one-off single releases of tracks recorded under quarantine. In fact, just minutes before The Ledge went to air on Realpun…

After some technical difficulties, Hudson was able to mix his interview with Patterson Hood of the Drive-By Truckers with other great recent Americana releases.

Another monthly recap of brand new and upcoming new releases!

We start off the year with nothing but brand new releases and reissues!