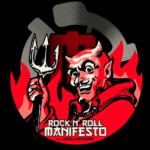 By rnrmanifesto@gmail.com (Greg Lonesome) on February 28, 2018

By rnrmanifesto@gmail.com (Greg Lonesome) on October 16, 2013

I have nothing clever to write. Just download and listen, ok?

This time on the Manifesto I started off with songs about the Iron Lady, Margaret Thatcher, since she just passed away. Apparently, people really didn’t like her much. The Manifesto is normally a mixed bag of stuff, and this episode … Continue reading →

Greg Lonesome spins 2 full hours of murder ballads & creepy country/folk songs and gives some background as to where some of these songs came from. Originally broadcast on Thumbin Radio at ThumbinRadio.com on March 30, 2013.

By sleazepit@gmail.com (Greg Lonesome) on September 26, 2012

I’ve been wanting to do this show for a long time, but didn’t have quite enough material for a full show until a few days ago, thanks to hours of digging on the internet, suggestions from listeners, and some help … Continue reading →

The beginning of tonight’s show was riddled with technical difficulties, so I had to stop the show and start over, which totally threw a wrench in the gears. Luckily, I didn’t have any time constraints this evening, so it all … Continue reading →