Ramone To The Bone 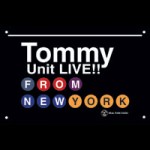 August 7, 2013. Tonight I spun some more samples from a couple of great compilations and pulled some gems from the rprbandsubmissions@gmail.com email account! Send in your band’s tunes so all the DJs can play them! Tommy Unit LIVE!! Wednesday at 10:00pm ET/7:00pm PT on REAL PUNK RADIO – Radio Done Right! http://tommermeehan.blogspot.comhttp://www.realpunkradio.com Download podcast […]

July 31, 2013. Hell yes! I made it to episode #150! Tonight’s show another show dedicated to killer compilations! We sample tracks from the Punkabilly Shakes The World Vol. 2 comp out on Rude Runner Records, Ramone To The Bone Records’ Summer Feelings Vol. 2 comp and Roots! Riot! Rumble! from the folks over at […]

April 10, 2013. Tonight’s show was pretty much a pop punk palooza! And most of it was courtesy 2 FREE, killer compilations from RAMONE TO THE BONE! Pop Punk Jukebox and Tales From The Pop Punk World Vol.1! Throw in a kick ass split 7″ by The Dewtons and The Hairlips and you got a […]