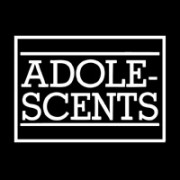 From DYING SCENE – O.C. punk legends The Adolescents just announced that they have finished work their new album Presumed Insolent, which they began recording last month, and is due for release on June 15th. They tweeted:

“Blind tweets, must be Wednesday. Album is finished. Woohoo!”

The Adolescents released their latest album, The Fastest Kid Alive, in 2011 via Concrete Jungle Records.