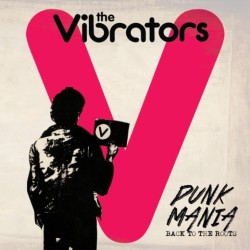 FROM DYING SCENE.COM – The Vibrators have announced a new album, titled Punk Mania – Back To The Roots, to be released September 16th via Cleopatra Records.The 14-track album will be a return to form for the band and select songs feature guest guitar work from Nicky Garratt of The UK Subs. You can check out the tracklist and tour dates for Punk Mania – Back To The Roots over at Dying Scene.com!