On last week’s new release broadcast I had attempted to right a wrong. I definitely missed the boat on the fabulous Minneapolis band Low Rats blend of “proto-punk meets ’90s garage rock style”, as reviewer Carolyn Keddy recently wrote. Their full-length debut, Year of the Rat MMXX came out late last year, and last week they debuted a brand new “double-dose” single, “Taxi Driver/Brand New Cadillac”. I was so pleased to finally give some of their tunes a little airplay. And then guess what happened? I had an issue with the file, and I couldn’t upload the episode. Ugh!!! So this week I tried again, and I actually played a couple more songs than I did the week before. And, as an added bonus, I’ve also included a couple of tracks from vocalist Michael Myers’ previous band, Narco States, who I interviewed wasy back in 2015. The rest of this week’s show consists of music I’ve been playing around the house the last fw weeks. There are well over 60 years of tunes on this broadcast, including some stories I’ve picked up from a couple of books I’ve recently acquired. And you fine people also get as a bonus the […] 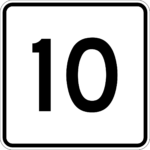 Julhy 1st, 2020. Tommy Unit LIVE!! #453……Started off with an unreleased demo from Dee Dee Ramone! Also spun some RPR Band Submissions from Idolizers, The Black Tape, The Usurpers, Jeffrey Dahmer and the Dalai Lama, and Reverse! Classics brought to you by the word DICK with tunes from The Dicks, Dick Dale, and The Dickies! … Continue reading Tommy Unit LIVE!! #453 →

February 6, 2013. Tonight’s show was chock fulla new tunes and more! New stuff from Dirt Box Disco, Limozine, and we did 3 tracks from Wyldlife‘s upcoming album The Time Has Come to Rock & Roll! Plus tons more kick ass punk rock’n’roll…with a little surf thrown in to up the street creds. Tommy Unit […]