The Ledge #483: Archives, Covers, and Other Stuff

Although I have a montly new release episode, I don’t really have a place for new reissues, compilations, live albums, and other odd releases such as that. Once in a while, I do throw a reissued track or two in the new release show, but for the most part it’s hard to find a spot for them in my usual themed shows. So tonight those types of releases get their own theme. I can’t say it’s all archival material, though, as there are new recordings by the likes of Los Lobos, The Descendents, and The Beat-Hells. But for the most part, tonight’s show comes from the type of releases I mentioned before. There’s archival collections of bands such as The Outsiders, R. Stevie Moore, and David Bowie. There are rare tracks from reissues of classics by George Harrison, Mudhoney, The White Stripes, and many others. And there’s quite a few great cover tunes. I would love it if every listener bought at least one record I played on either of these shows. These great artists deserve to be compensated for their hard work, and every purchase surely helps not only pay their bills but fund their next set of wonderful […] 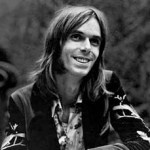