It’s no secret that I’m a sucker for box sets and other repackages of previously released material. I may be new release oriented, but I love a good set of odds and ends. Give me those unheard demos. Let me hear those old concerts.  Tonight’s show compiles those types of records. There’s unreleased material by a forgotten band that were contemporaries of the New York Dolls. There’s a new mixes of classic Dead Kennedys songs. There’s numerous outtakes by the likes of Wilco and Joe Strummer. And there’s also the recently discovered early recordings of future Velvet Underground tunes by Lou Reed. Plus, a ton of live releases from Todd Snider, Pixies, Soul Asylum, and others. I would love it if every listener bought at least one record I played on either of these shows. These great artists deserve to be compensated for their hard work, and every purchase surely helps not only pay their bills but fund their next set of wonderful songs. And if you buy these records directly from the artist or label, please let them know you heard these tunes on The Ledge! Let them know who is giving them promotion!  For more information, including setlists, […]

The latest in the series of episodes devoted to the music of 1981 consists of nothing but US punk from that great year. Primarily centered around the rise of the Southern California hardcore scene, the show jumps around to all parts of our country, and…

Earlier this year I featured a show that focused on British punk rock from 1980. Tonight, I do the same thing but featuring nothing but tunes from American punk bands from that same year.
It’s kind of interesting how the focus of the punk scene (…

The final show dedicated to 1979 returns to America. As an earlier show already featured the Midwestern tones from Minneapolis, Chicago, and Cleveland, this week is primarily dedicated to the East and West Coasts, with little sets at the end featuring Texas and Canada. There’s even a set featuring some of the few mainstream bands from the era that I could handle back when I was an angry (or angrier) high schooler. It’s been a lot of fun rediscovering some of the tunes of my youth, along with discovering bands that I missed out on hearing at the time. After listening, please go purchase those tracks you enjoy!

Live Ledge goes back to 1980 for two hours of punk, post-punk, and every other form of alt-rock from that year!

Hudson takes a trip back 30 years to night with a show featuring nothing but music from 1985. 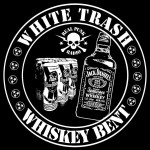 By whiskeybentradio@gmail.com (Jason Vapor) on March 6, 2015

Tonight’s episode is a tribute to former Young Ones comedy actor Rik Mayall, along with a bunch of cover tunes.

It’s a show of nothing but covers, including a commemoration of the anniversary of the death of Elvis Presley.

Another examination of the great music that came out in 1982!