Over the last couple of weeks, I’ve been hinting that I’ll be starting 2023 with a big announcement. Well, tonight’s the night!In my eyes, “Teenage Kicks” is a perfect pop song; the greatest punk-inspired single of all time. Two minutes and 27 seconds of rock and roll at its finest. The sentiments are the same youthful expressions of the original rock and roll explosion of the 1950s. Instead of Little Richard or Jerry Lee Lewis boogie woogie piano, it’s buzzsaw guitars that accompany Undertones vocalist Fergal Sharkey’s desire for that “girl in the neighborhood” that he wishes “was mine she looks so good”. It’s the musical template later utilized by Husker Du, Pixies, Green Day, and hundreds of other pop-punkers for decades to come (for better or worse).Since I love the song so much, I have found myself collecting all kinds of versions over the years. In fact, a little glance at my master iTunes library a few months ago showed that I owned over 30 covers of this tune. Just two weeks ago, I discovered that a Minneapolis band I loved in the 90s had released a remake as a now rare b-side (more on that next week). With […]

“No Elvis, Beatles, or Rolling Stones!”

Sure, it was a pose. The Clash may have sung those lyrics, but they were actually true students in the history of rock and roll. But the British punk scene of 1977 was certainly a time when the wa… 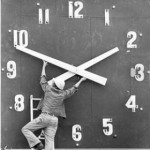 Nothing but tunes from the late, great John Peel archive!

The perfect soundtrack to your St. Patrick’s Day festivities!