The Ledge is so proud to be able to present to you the premiere of four tracks from the upcoming record by Miss Georgia Peach. “Aloha From Kentucky”, set for release on March 18 on Rum Bar Records, is a fabulous combo of twang and raunch from the Short Fuses/Beebee Gallini veteran. Produced by Brian Pulito & Travis Ramin, and with musical backing from members of Nashville Pussy and Nine Pound Hammer, this is going to be one record every one should check out. Besides these great tunes by Miss Georgia Peach, the rest of the show consists of primarily double shots of records I’ve been listening to in my spare time. There’s some archival rarities from David Bowie, The Heartbreakers, and Lou Reed, some live recordings by The Jesus And Mary Chain, X, Wilco, and King Gizzard, along with a little tribute to the late Rachel Nagy of The Detroit Cobras. I would love it if every listener bought at least one record I played on either of these shows. These great artists deserve to be compensated for their hard work, and every purchase surely helps not only pay their bills but fund their next set of wonderful songs. And if […]

The importance of David Bowie is discussed, along with audio of the insane happenings when Angela Bowie was informed of the news of his death on the UK’s Celebrity Big  Brother. Also, it’s part two of the “track one” them. 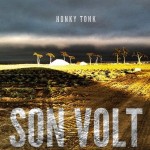 Author/director Gorman Bechard appears to talk about his upcoming Grant Hart documentary, along with updates on Color Me Obsessed and his Archers of Loaf concert movie.